1989: Member of the Baltimore Johnny’s Amateur Baseball Team chosen to represent the USA in the 1989 World Baseball Tournament (placing 2nd) where he hit the game winning homerun against Cuba, the first time the Cuban team had been defeated in the tournament.

1991: MEAC Conference Player of the Year

1992: Among Midwest League leaders in doubles
Voted one of the Milwaukee Brewers top 20 Minor League Prospects

1993: Optioned to the AA Rio Grande Valley Whitewings of the Texas-Louisiana League making the mid-season All-Star Team as A DH leading the team in stolen bases and RBI’s.

1995: Signed by the Houston Astros but never played due to complications from a third reconstructive surgery on his throwing shoulder. Has a career professional batting average of .295.

Trini has scouted for the Atlanta Braves and Detroit Tigers, was one of the head baseball trainers at Ripken’s Sports Acceleration and has been an a coach at Howard University, Woodlawn High School, McDonogh and was the Head JV baseball coach at Pikesville High. 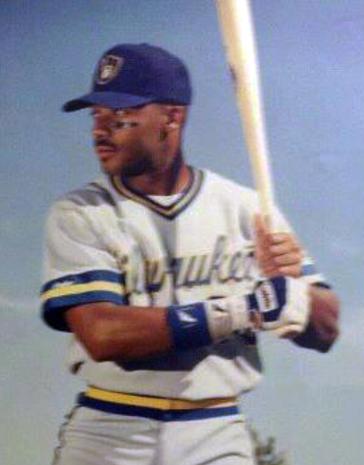