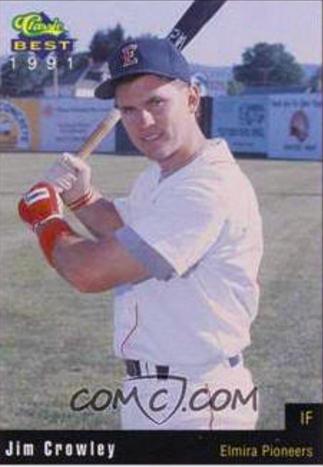 Jim played high school baseball at Dulaney High and was the 1987 Gatorade Baseball Player of the Year in Maryland. He accepted a Scholarship to Clemson University and played four Seasons.  While at Clemson he was voted to the All-ACC Team in 1989, 1990 and 1991, and was selected to the American Baseball Coaches All American team in 1991.  He was drafted in the 11th round by the Boston Red Sox in 1991 and played five seasons of professional ball, making it as high as AAA in 1993 and 1995.  Four of those seasons were with the Red Sox and his last season was with the Baltimore Orioles Organization.

Jim is currently the varsity Head Coach at Loyola Blakefield High School and resides in Reisterstown, MD with his Wife Rhonda and 3 children- Jimmy Jr, Breanna, and Kayla.  Jim grew up around the game of baseball as his father played 13 years of Major League Baseball and was a Major League hitting instructor for over 25 seasons.  He is currently a hitting consultant for the Baltimore Orioles.