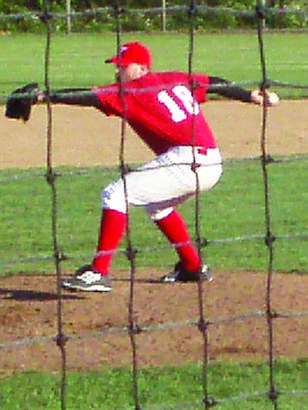 Matt was a four year letterman at Franklin High School in Reisterstown, Maryland. He was a stand out on the mound earning all division, all metro, and all county honors his final two years at Franklin. Matt was also selected to the senior All Star Game at Camden Yards.

After high school, Matt went to college in South Carolina. After a year in South Carolina he transferred to Sinclair Community College in Dayton, Ohio where he studied exercise science and kinesiology. While at Sinclair, the Tartan Pride were the OCCAC champions of 2007. During the Summers, while in college, Matt played in the Cal Ripken Sr. Collegiate League for the College Park Bombers and Major League sponsored Geneva Red Wings of the New York Collegiate League.

In 2008 Matt signed his first professional contract as a free agent. Matt was under contract with the following organizations during his career:

In September of 2009, Matt pitched in the European World Cup of professional baseball. He pitched for Slovenia against Italy in game one of the tournament. He was one of three American players on Slovenia's roster. The tournament was held in Austria, Italy and Switzerland.

Matt has coached in the MIAA for Boys' Latin, Loyola and St. Paul's serving as the varsity pitching coach at all three stops.

Matt owns and operates The Baseball Warehouse. Matt opened The Baseball Warehouse in October of 2012 with the vision of assembling the best staff of former professional players and coaches in the area to provide private instruction, camps, coaching clinics, college placement, showcase events and competitive tournament teams for players throughout the state.