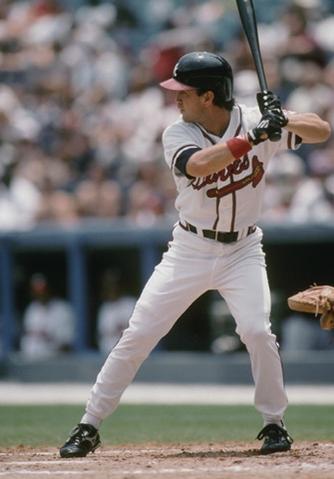 Not only did Brian have tremendous statistical numbers and athletic accomplishments at Clemson, but he was considered one of the hardest working individuals to ever put on a Clemson uniform. Once quoted by Coach Bill Wilhelm while he was in reach of his 1000th win was “if I had more players like Brian Kowitz, I would be shooting for my 2000th win not my 1000th win.” Brian Kowitz represented Clemson University with so much class and dignity that he was often chosen to represent Clemson and Clemson Baseball in many off the field activities. Brian Kowitz is 1 of 45 players in Clemson history to reach the Major Leagues and 1 of 12 Clemson Baseball Players to win the ACC Player of the Year award. He was the 1990 recipient of the Mitchell Award. May 27, 1989 - April 10, 1990 - Brian Kowitz had a 37-game hitting streak, second-longest in Clemson history. Defensively Kowitz committed only ONE error in 3 seasons as he roamed the outfield flawlessly for 3 years. Brian Kowitz was drafted by the Atlanta Braves in the 9th round and on June 4th 1995 he doubled in his first Major League at bat.

As a Junior 1990 at Clemson, Brian Kowitz was named ACC Player of the Year as he hit .403 and was among the leaders in NCAA Division I in runs (87, second, first in ACC) and tied for 7th in hits (102, first in ACC). He stole 34 bases (first in ACC) in 66 games and drove in 60 runners. In 1990 Brian also lead the ACC in doubles and triples. His 37-game hitting streak was the best in NCAA Division I in 1990 and second in Clemson history to Clemson HOF Rusty Adkins. He was second in the Atlantic Coast Conference in batting average and made the ACC All-Star team as an outfielder. In addition Brian was named to the ALL Regional Team in Austin TX in their quest to reach the College World Series. Brian was also an ACC ALL Tournament Team selection. Baseball America named him as a second-team All-American outfielder. Following that campaign, he was drafted in the 9th round of the 1990 amateur draft by the Atlanta Braves.

As a sophomore 1989, Kowitz was named to the ACC ALL Tournament Team and to the second Team All ACC Team. Clemson won the ACC Championship.

As a freshman 1988, Kowitz claimed one of the starting outfield spots for the Tigers and won a dramatic game against the Georgia Bulldogs at home with a Blast over the centerfield wall in the bottom of the 10th inning to win the game. Kowitz was an ACC ALL Tournament Team selection as a freshman.

Brian began his professional career with the 1990 Pulaski Braves, batting .324/.382/.538 with 13 steals in 43 games. He was 8th in the Appalachian League in average and made the Appalachian All-Star team as an outfielder; he was selected as the 8th-best prospect in the league by the managers. Amazingly, he jumped A ball altogether, going straight from the Rookie Pulaski team to the AA Greenville Braves. He had gone from college ball to AA in the span of a year.

At his Highest Level of Competition

Kowitz did a very good job with the Richmond Braves in 1994, batting .300/.357/.444 and placing in a tie for 9th in the International League in average. He stole 22 bases and fielded .991 in the outfield with 8 assists. Additionally he pitched two games, going 1-0 with a 1.93 ERA. In the postseason, Kowitz hit two homers in game two of the Governors' Cup and then made two fine defensive plays in game three of a 3-game sweep by Richmond. He was selected to the International League All Star Team.

In 1995 he hit .280/.355/.365 with 11 steals. He did get his only major league baseball playing time that year, getting called up on June 3 when David Justice was sidelined with an injury. He doubled in his first at-bat the next day. In 1996 he played with the Detroit Tigers and the Toronto Blue Jays AAA affiliates. After an ankle injury he retired after that year.

Kowitz resurfaced briefly in 2000 with the independent Aberdeen Arsenal, hitting .432 and slugging .705 in 44 AB for the Atlantic League team, as a first baseman.