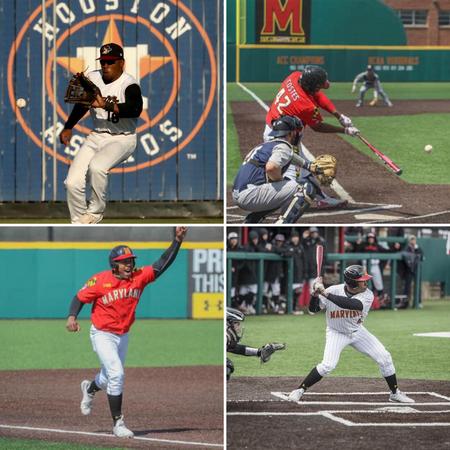 Marty Costes was born and raised in Baltimore, Maryland. He attended Archbishop Curley High School. He played three varsity sports for two years and was named a captain for those teams in his senior year. His junior year at Curley he was awarded the “Triple Crown Award“ for leading all MIAA players in homeruns, batting average and RBI.

After Archbishop Curley Marty earned a scholarship to the University of Maryland to continue his academic and baseball career. He received Freshmen All American honors and received First Team All Big Ten honors. In the Summer of 2017 Marty was invited to the prestigious Cape Cod League. Marty played for the Brewster Whitecaps. They went on to win the title in that league. Marty Earned All Cape League honors batting .293 with 6 homeruns.

Marty was drafted in the 22nd round by the Houston Astros in 2018. He was promoted to Advanced A ball in 2019 and invited to top prospect camp before Spring Training of 2020 was ended.
Marty has lived in the inner city of Baltimore his entire life. He has one brother, Maxwell Costes, who currently is playing baseball at the University of Maryland where he earned Big Ten Freshman of the Year honors.

Marty loves to work with collectives, contribute inspiration and guidance to his peers and pursue audio and visual endeavors when he is not busy with baseball.