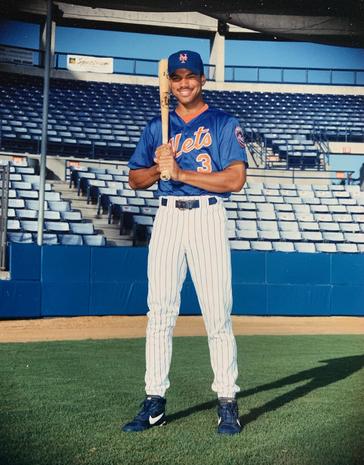 Ian grew up around the game of baseball as his father played 12 years of Major League Baseball and was a coach at the Major League level for 28 years.

Ian played high school baseball for McDonogh School.  During his time there, McDonogh made it to three MSA “A” Conference championship series, winning the championship in 1992.  He made the Baltimore Sun’s All-Metro Team in 1993 and 1994.  During the summers, Ian worked as an instructor at the Elrod Hendricks Baseball Camp, and played for the Yankee Rebels Baseball Club.

After high school, Ian attended St. Andrews Presbyterian College in Laurinburg, North Carolina, where he was a four-year starter.  Following his college career, he signed as a free agent with the New York Mets organization in 1998.

In 2000, Ian returned to his alma mater and began coaching at McDonogh School.  He served as the Assistant JV Coach from 2000-2002, and served the same role on the Varsity team from 2003-2005.  In 2006, Ian took over as the Head Varsity Coach, and held the position until 2012.  He returned to coaching in 2017 when he became the Head JV Coach at Mount Saint Joseph High School.  He is currently an assistant on the Varsity team.