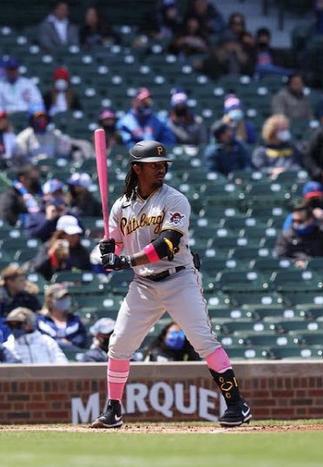 Troy Stokes, Jr. grew up in Baltimore, Maryland. Troy graduated from Calvert Hall College High School in 2014. After a stellar career on the diamond at CHC Troy was drafted by the Milwaukee Brewers in the fourth round (116th overall) of the MLB Draft.

Troy spent seven seasons in the Brewers Minor League system. During the COVID shortened 2020 season he was under contract with the Detroit Tigers and spent time on their Major League roster. In 2021 he was picked up by the Pittsburgh Pirates. Troy made his Major League debut on May 9, 2021 on Mother's Day against the Chicago Cubs at Wrigley Field. Troy spent 2022 with the York Revolution of the Atlantic League where he played in 113 games, batted .274 with 19 homeruns and 62 RBI's.