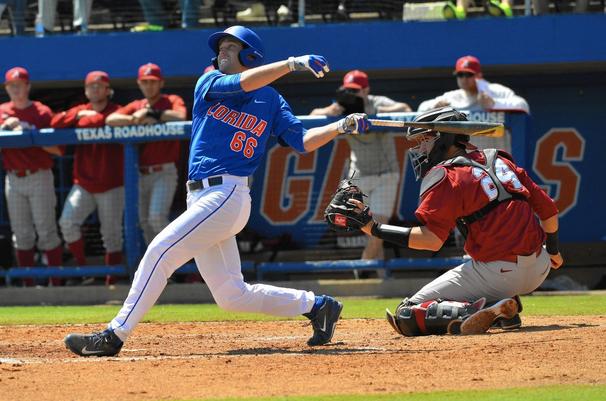 Ryan was born and raised in Orlando, Florida where he attended Dr. Phillips High School. There he was named to Rawlings/Perfect Game Preseason Florida Region First Team prior to his senior year…Ranked No. 50 in the state of Florida, Number 11 among outfielders in the Class of 2013 Final Rankings from Perfect Game…Earned Honorable Mention All-Metro West Conference honors in ’13, when he batted .305…Dr. Phillips advanced to the regional quarterfinals and finished with an overall record of 20-8…Established a single-season school record with nine saves and sported a 0.00 earned run average.

After high school Ryan attended the University of Florida. While there he won two SEC conference championships, one SEC tournament championship, and in 2017 won the National Championship. He also was an SEC academic honor roll recipient.

As a senior Ryan played in 61 games with 50 starts in the outfield, batting .279 to rank third on the team…Hit .320 during the regular season, second-best on the team…Had a .416 slugging percentage on the season with nine doubles, a triple and five home runs while totaling 24 RBIs…Also stole seven bases…The only player on the team to have a four-hit game, and he did it twice, notching four hits against Tennessee and five at Vanderbilt…Second on the team with a .339 batting average in SEC play in 30 games…Had two games with four RBIs, hitting a grand slam against Ole Miss and collecting four RBIs at Alabama…Had a career-best, 10-game hit streak and 19-game streak of reaching base safely.

Ryan currently resides in Owings Mills, Maryland. He is the TBW Badgers 13 U assistant coach.