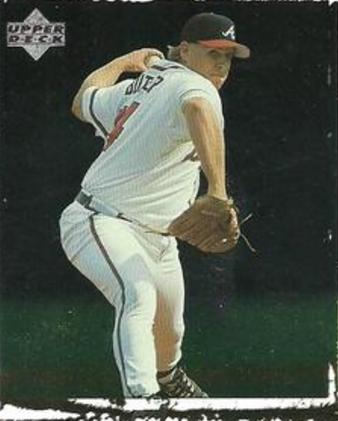 After receiving many scholarship offers to play college baseball, Adam decided on the College of William and Mary in Williamsburg, VA. He majored in mathematics and minored in quantitative economics. On the diamond, Adam was a two way player for all four years at William and Mary, mostly serving as the team's closer and full time DH. Adam was voted Tribe Diamond Club MVP pitcher in both 1994 and 1995. He garnered VaSID all state honors in 1995. During the Summers Adam was in college, he played in the collegiate Clark Griffith League for the Reston Hawks and Vienna Mavericks. He once struck out 36 batters in a single game which is believed to be an all time record. He fanned 27 through 12 innings before the game was suspended due to curfew. He finished the complete game victory 5 days later, pitching 6 more innings and striking out 9 more. He also drove in the winning run with a sacrifice fly.

After graduating from William and Mary in 1995, Adam signed his first professional contract as a free agent with the Independent Florence (SC) Flame of the now defunct Atlantic Coast League. Three weeks into the season and right before the league folded, Adam was signed by the Atlanta Braves and assigned to the Eugene Emeralds (short season A ball) of the Northwest League. Once he got his foot in the door, Adam never looked back. He was on the fast track to Atlanta as he excelled at every Minor League stop. Adam was a Northwest League All Star in 1995. In 1996, spanning three Minor League assignments [A-Macon Braves (South Atlantic League), High A-Durham Bulls (Carolina League), AA-Greenville Braves (Southern League)], Adam threw 36 consecutive scoreless innings. In 1996, he saved 30 games combined for his three teams and was invited to the prestigious Arizona Fall League. In 1997, Adam played the entire season for the AA Greenville (SC) Braves. Adam helped lead the Greenville Braves to the Southern League title and was named organizational pitcher of the year for AA. Adam was again honored by being sent to the prospect laden Arizona Fall League after the '97 season. That fall in Arizona while pitching for the Grand Canyon Rafters, he was named to the Arizona Fall League All Star team. That off season, Adam learned he had been invited to Major League spring training as a non-roster invite with the Atlanta Braves. Once again, he seized the opportunity. In March of 1998 after allowing only 1 run over 12 Major League spring training innings, Adam was added to the 40 man roster and Opening Day roster for the Atlanta Braves. He got the call from Hall of Fame skipper Bobby Cox on Opening Day in the 7th inning in front of a sold out Turner Field in Atlanta. He retired the only batter he faced, Jeremy Burnitz, on a fly ball to center. Adam spent the 1998 season splitting time with Atlanta and the AAA Richmond Braves. He had Major League stints in April, August and September.

That off season, Adam pitched for Los Tomateros de Culiacan of the Mexican Pacific League and helped them to the finals of the MPL.

In 1999, Adam spent the season pitching for AAA Richmond and AA Greenville. After the '99 season, Adam signed with the Los Angeles Dodgers and was assigned to the AAA Albuquerque Dukes. That Fall, he also pitched Internationally in Taiwan for the Sinon Bulls of the Chinese Professional Baseball League.

On the last day of Spring Training 2000, Adam was released by the Dodgers. He then signed with the Independent Atlantic City Surf of the Atlantic League. He pitched for two more seasons professionally through 2001, also playing for the Somerset (NJ) Patriots, St. George (UT) Pioneerzz and the Newark (NJ) Bears.

Adam is happily married to his wife, Pam, and has two children, Camden and McKinley. Adam has been coaching and giving private lessons to baseball players 9-19 for 20 years. He has been coaching travel baseball in the Baltimore area since 2010. He coached baseball and girls basketball at Parkville High School in 2015 and 2016.
View on Mobile